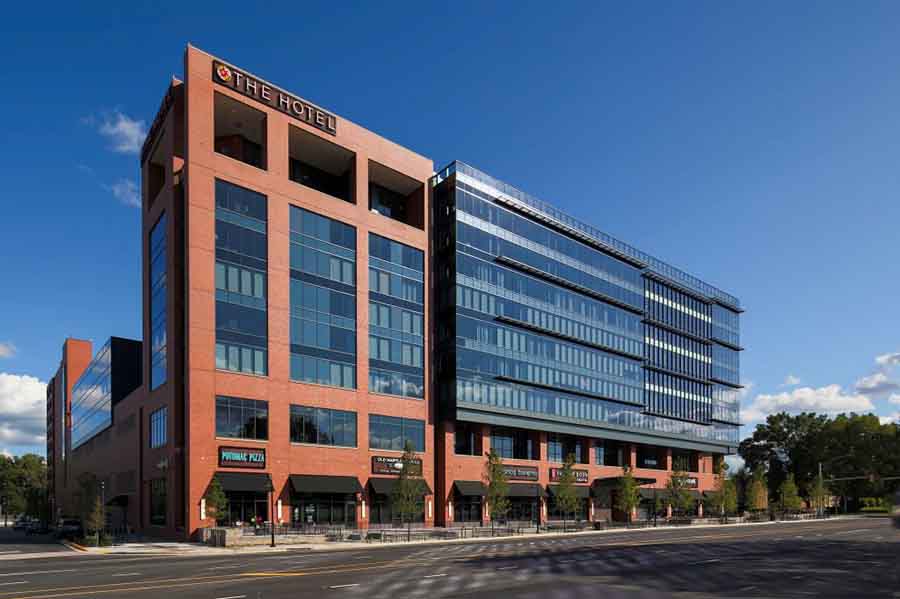 The Hotel at the University of Maryland, a luxury hotel and conference center in College Park, Md., named Russ Dlin sales manager. Dlin joins the team with more than two decades of experience and will spearhead the hotel’s sports and special markets. He most recently worked as the senior sales manager of sports and entertainment at LaQuinta Inn and Suites in Dallas and Parsippany, N.J.

Kelly Wilson has been promoted to regional director, talent and culture, Fairmont Washington, D.C., Georgetown. In her new role, Wilson will be responsible for talent and culture programs and initiatives across properties within the Mid-Atlantic region. Wilson joined Fairmont Washington, D.C., Georgetown in 2013 as director of human resources from Fairmont Nanjing China, where she worked on the preopening team as director, human resources. She began her hotel career at Fairmont Banff Springs, Alberta, Canada, in 2002 as recruitment manager.

Edgewood Tahoe in Stateline, Nev., announced that Jim Hindman has been named director of food and beverage, where he will oversee the luxury lodge’s three dining destinations: Brooks’ Bar & Deck, The Bistro and Edgewood Restaurant. Hindman has more than 20 years of culinary operations experience, most recently serving as director of food and beverage at Hard Rock Hotel & Casino Sacramento (Calif.).

Olivia Hoblit, formerly the manager of Seaside Amelia Inn in Fernandina Beach, Fla., has returned to Innisfree Hotels as a regional manager to oversee both the Seaside Amelia Inn and Innisfree’s all-new, dual-branded SpringHill Suites and Courtyard. Innisfree Hotels plans to open the dual-branded property in spring 2021. Hoblit has more than 22 years of experience in the hospitality industry, holding a wide range of titles.

Montage Hotels & Resorts has announced the appointment of Matt Bailey as general manager of Montage Kapalua Bay in Lahaina, Hawaii. With more than four decades of hotel industry experience, he is responsible for all Kapalua Bay beachfront resort’s daily operations. Bailey joins Montage Kapalua Bay from Carmel Valley Ranch in Carmel-By-The-Sea, Calif., where he served as managing director for the past year. Previously, he spent five years as president and chief operating officer of Aqua-Aston Hospitality.

Canopy by Hilton Jersey City (N.J.), announced the appointment of Sietse Nabben as GM and chief enthusiast and Irene Song as director of sales and marketing and lead sales enthusiast. Nabben comes to Canopy by Hilton Jersey City with more than 20 years of hotel and hospitality experience. He has held a variety of managerial and directorial roles, most recently serving as managing director at the Royalton Park Avenue Hotel in New York. Song joins the property with an extensive background in hospitality sales and marketing. Song most recently held the director of sales position at the Brooklyn, N.Y., Red Lion Inn & Suites and Holiday Inn Express.

Top Chefs Team up to Get Young People Cooking this Summer