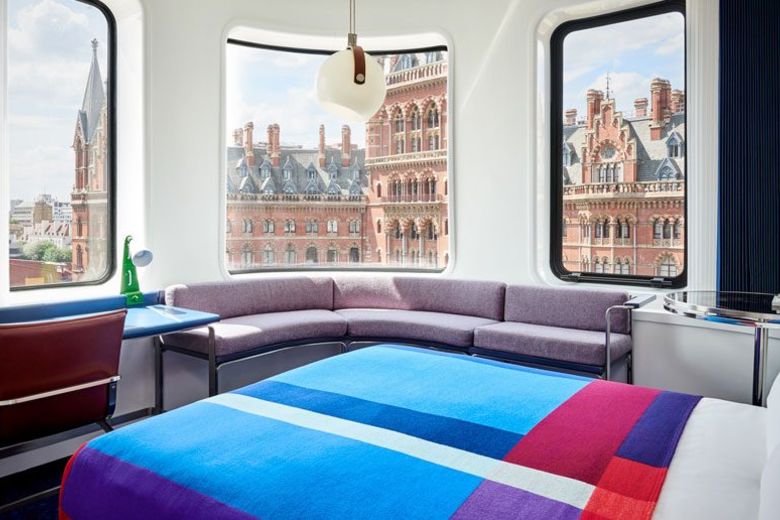 When Camden Council put their Euston Road annex up for sale in 2015, only one bid didn’t want to demolish the building. Built in 1974, this concrete building had been an unloved feature of Kings Cross for 40 years. Now, as the Standard Hotel‘s first foray beyond the US it sparkles with a two-floor roof extension and an outside elevator that climbs up an exterior that was widely nicknamed the Eggbox by under appreciative locals in its former life (Londoners like nicknaming their building, see also the Gherkin and the Walkie-Talkie building.)

Transforming, rather than building from scratch, had its challenges. Since the upper floors were once open-plan offices (one of London’s first), there are now some ‘Cosy Core’ rooms that don’t have natural light (popular with DJs and other nocturnal types, they are the best value rooms in the hotel). Elsewhere though, the Standard’s interior is a loving embrace of the 1970s, Brutalism’s pinnacle, with cheese plants, colour and the expansive views from large windows that look out on the neighbouring Gothic Revival St Pancras building.