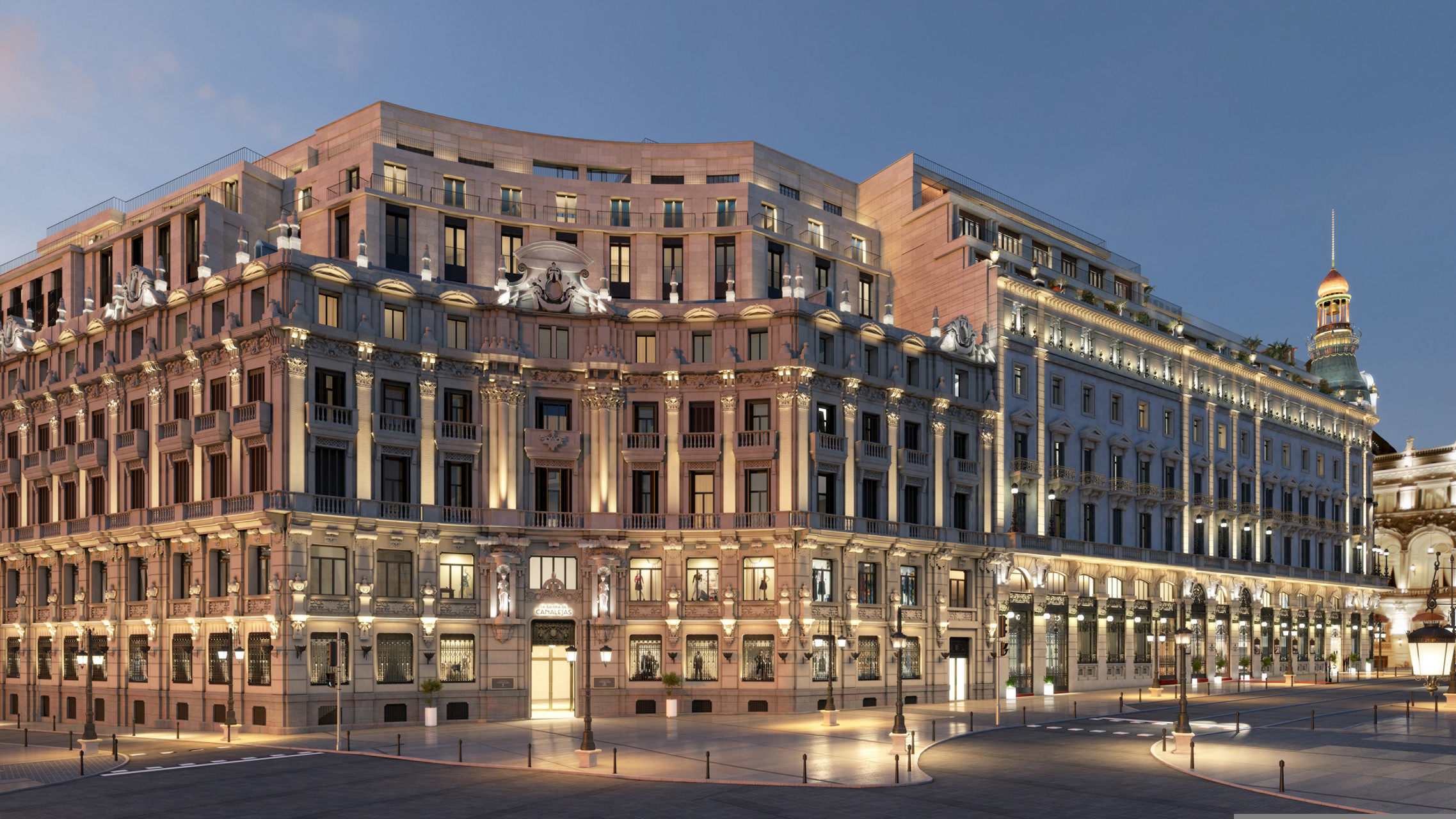 Madrid has been seeing growth in luxury hotels, giving it greater balance in its hotel stock, according to a study from Horwath HTL. Now, the city’s looking to increase the numbers of international visitors to support the rate increases needed to make the luxury supply viable, as it continues to emerge from Barcelona’s shadow.

The report found of the hotels opened in 2018 to mid-2019, 13 percent were luxury, 27 percent upscale and 27 percent upper-upscale. Currently, there are 1,838 rooms in the pipeline, of which 1,130 are under construction and expected to be added to the total room supply before 2021, with most of the rooms in the pipeline in the luxury segment, including hotels under the Mandarin Oriental, Hyatt and Four Seasons flags.

Philip Bacon, senior director, Horwath HTL Spain, author of the report, told our IHIF newsletter, “There’s a lot of new supply to absorb and what will happen is that Madrid will at last have a balanced hotel supply.

“For a long time Madrid wasn’t a very desirable place to go; you wanted to go to Barcelona. As a destination it has been lagging. The change is being led by the luxury segment. Madrid has never had the pointy end of the pyramid to offer the public before and the only way that they can make these properties work is to drive rates up. Are there legs to support the market? I think there are. I think it’s more about the product not having been available before [than an unwillingness to pay],” he said.

“In addition, the Spanish hotel players also had a hold on the market for a long time. Marriott got into Spain with AC, but it’s still a Spanish brand.”

Bacon described Madrid as being, “on the up and up as an international destination,” adding, ”Now it’s a 50/50 split between domestic and international, whereas it used to be 70 percent domestic, and that international trend is set to continue.”

The Anuario de Turismo Madrid (Madrid Tourism Office Report) stated 10.2 million tourists arrived at the capital in 2018 (an 8 percent increase over 2017) of whom 47 percent were nationals and 53 percent were non-Spanish residents. The trend in this national/international split was stabilizing as foreign tourist arrivals have been greater than domestic arrivals since 2016. When looking at 2019 performance to date, the evolution of tourist arrivals was even more notable. From January to July, international arrivals rose by 18.1 percent whereas national arrivals have increased by 2.6 percent.

While the demand has been growing, the opportunity for owners and operators has been restricted. Bacon said: “At the moment most people in the hotel business looking at the city are a little limited. The center is small; conversion is the only route for many people.”

Miguel Casas Albandor, head of hotel-investment properties, continental Europe at CBRE, which brokered the deal, said, “The building has all the characteristics to become one of Madrid’s most iconic hotels. It stands out by its location and layout, with more than 500 square meters of rooftop terrace that has amazing views over Madrid’s historic center.

“The positive hotel trading and investment environment in the city is positioning Madrid as one of the top European capitals within the hotel investment market,” he added.

Helping to drive interest in Madrid was the moratorium on hotel building in Barcelona. When asked whether this was likely to be repeated in Madrid, Bacon said, “There are going to be rumblings around a moratorium given the current political situation, with Socialists viewing hotels unfavorably. But at the moment the political situation is anyone’s guess.”