Following in the footsteps of its Singaporean sister, the iconic landmark, Raffles Grand Hotel d’Angkor in Siem Reap, re-opens its doors today following a meticulous six-month restoration. First opened in 1932, the hotel has been welcoming discerning travellers and famous faces – from Charlie Chaplin to Michelle Obama and Jackie Kennedy – to the historic heart of Cambodia for over eighty years. 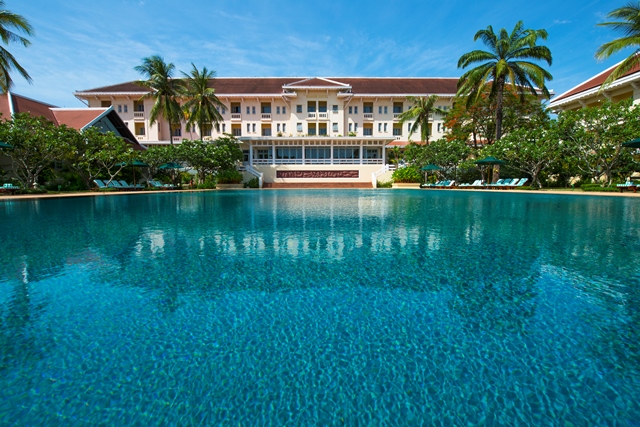 Set in Siem Reap’s leafy French Quarter, the hotel re-opens with restored rooms, a fresh façade, new signature restaurant and Children’s Club, as well as a menu of new extraordinary Raffles Curated Journeys; from exploring Angkor Wat by Vespa and temple picnics at sunrise, to an Insider Art Tour by by Tuk Tuk.

Deemed the last bastion of Cambodia’s Golden Age of Travel, the hotel is deeply rooted in local culture; the restoration has retained colonial charm, heritage and architectural grandeur, yet still leads the way in answering the needs of today’s well-travelled guest. Travel back in time in an original timber elevator in the grand, marble-washed lobby, or enjoy a majestic Apsara performance – a traditional Cambodian dance. 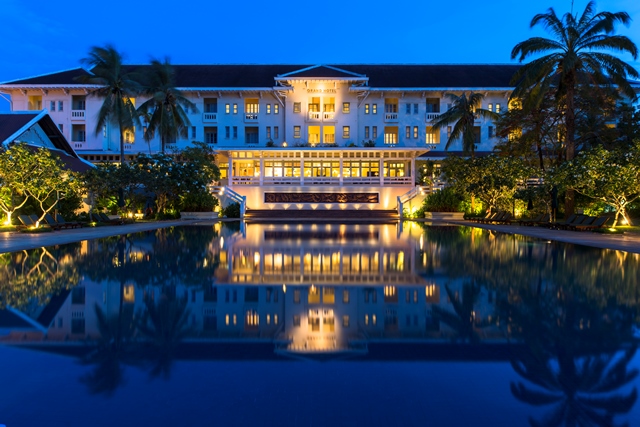 Beyond the refreshed façade, 119 rooms and suites have also been revitalised, with warm, hardwood floors, lighter and brighter interiors, Segafredo coffee machines and Simmons pillow-top mattresses. Bathrooms have benefitted from Italian tiling, oversized rain showers and grand, claw-foot tubs, with views over Cambodia’s most iconic swimming pool; inspired in design and size by the ancient bathing pools of the Khmer Kings in Angkor.

With Executive Chef Angela Brown at its helm, the hotel’s esteemed restaurants have also been refurbished, including Café d’Angkor, an all-day dining restaurant home to Siem Reap’s most luxurious Champagne breakfast. Named after the year that Raffles Grand Hotel d’Angkor first opened, 1932 is the hotel’s signature restaurant, serving-up Chef Brown’s take on modern Cambodian cuisine, including the recipes of the Royal Khmer kitchen that were gifted to Raffles by royal decree. Gourmands can also savour Sipsmith’s Raffles 1915 Gin in the swish Elephant Bar or enjoy traditional Khmer-inspired Heritage Afternoon Tea in the colonial-style Conservatory. 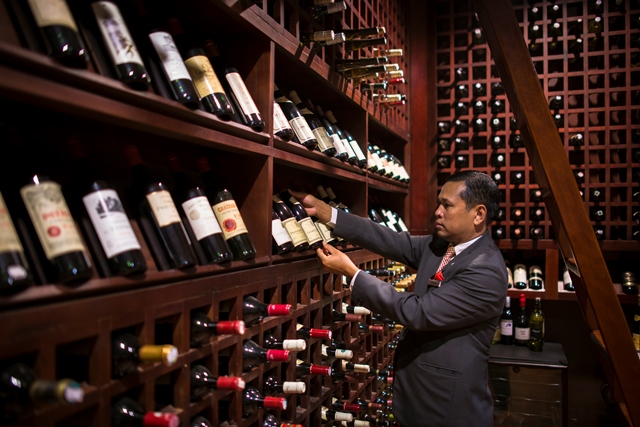 A menu of five new, Raffles Curated Journeys have also been revealed. Adventurers can explore the ancient Angkor Archaeological Park on the back of a chauffeured Vespa, gaining access to the little-known and hard-to-reach areas, before being one of the first travellers of the day to enter the temples at sunrise. Art-enthusiasts can embark on a tuk-tuk tour Siem Reap’s flourishing modern art scene, or journey the Silk Road of Angkor, visiting the beautiful sandstone temple of Bantaey Srei and Golden Silk Farm. Gourmands can taste Siem Reap on an exclusive Khmer Culinary Discovery, while shopaholics saunter Siem Reap’s Kandal Village with the assistance of a Raffles Butler on a Siem Reap Insider shopping tour. 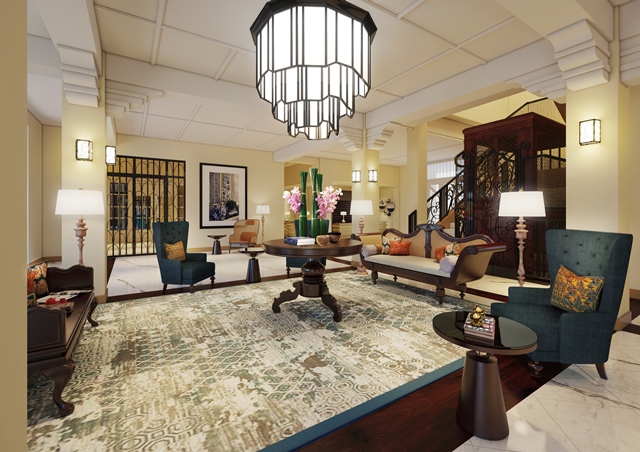 Raffles Grand Hotel d’Angkor is a historic hotel of Indochina, having welcomed travellers since 1932. As well as Cambodia’s most iconic pool that was patterned after the Angkor royal baths, 15-acres of landscaped lawns surround the property; culinary and botanical gardens provide fresh herbs and spices for the restaurants and an array of exotic tropical plants can be seen on guided walks, from rare palms to Frangipani Trees – a tree iconic to Raffles, and the provider of shade to luminaries such as playwriter Somerset Maugham, who would gain inspiration as he sat under the swaying branches. As well as outdoor movies, cocktail events and parties, the gardens will play home to the Raffles Tennis Club in the Raffles Tennis Courts – a rarity in Siem Reap.

Rooms at Raffles Grand Hotel d’Angkor start from £160 in low season including breakfast.

INTELITY to Attend the 2019 Global Gaming Expo in Las Vegas

A Royal visit for Geoffrey Parker