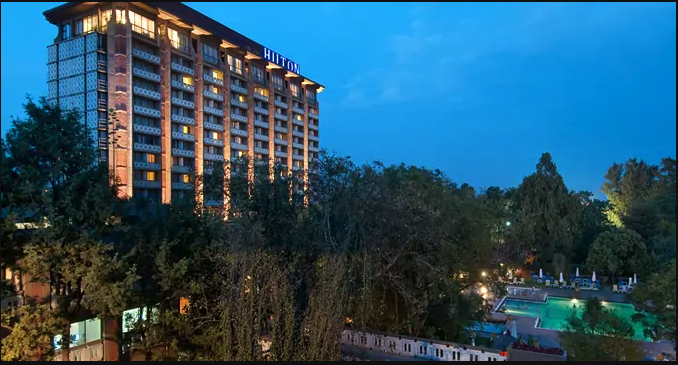 Two reports released this week paint a positive picture of travel trends across Africa, with visitor numbers up and hotels reporting increased revenue.

Africa’s tourism-related industries made up 8.5 percent of the continent’s GDP in 2018, equivalent to $194.2 billion, according to Nigeria-based e-commerce company Jumia’s 2019 Hospitality Report Africa. This growth record placed the continent as the second fastest growing tourism region in the world, with a growth rate of 5.6 percent after Asia-Pacific and against a 3.9 percent global average growth rate.

Sixty-seven million international tourists came to Africa last year, up 7 percent from 63 million arrivals in 2017 and 58 million in 2016. This gradual increase is attributed to the affordability and improved ease of travel—especially within the continent, with spending among domestic travelers accounting for 56 percent as compared to 44 percent international expenditure. Leisure travel remains an important component of Africa’s tourism industry at 71 percent of the tourist expenditure in 2018.

Jumia’s Head of Travel, Estelle Verdier, noted the implementation of the African Continental Free Trade Area (ACFTA) is expected to further boost domestic travel across the continent. “To realize the full potential gains will require cooperation from all industry players. Governments have to be willing to eliminate visa requirements for African nationals traveling to their countries,” she said. “Ministries and other responsible partner organizations should create campaigns that will promote their local travel destinations and tourism offerings to attract more regional travelers.”

The uptick is good news for hotels across the region. Revenue per available room has grown for 87 consecutive months amid a period of low supply growth and strong demand, according to the latest report from STR.

Using a 12-month moving average and U.S. dollar constant currency (to remove the impact of currency fluctuations), Africa’s RevPAR was up 6.4 percent to $67.10 as of August. Average daily rate, up 3.3 percent, has had more of an impact on that growth than occupancy, which improved 2.9 percent.

“Africa has shown one of the better supply and demand balances on a global level,” said Thomas Emanuel, a director for STR. “The continent’s industry continues to expand alongside rapidly developing economies and infrastructure, so there is definite investment opportunity even though finding the right opportunity is challenging. The prospects of greater supply growth, as well as political and economic instability, can also create difficult situations for the region’s hotel industry moving forward.”

Despite its massive geographical area, STR estimated Africa has roughly 5,000 hotels, and only four countries across the continent—Egypt, Morocco, Tunisia and South Africa—have more than 50,000 rooms.

Six years ago, there were 18 countries with no globally branded hotels. Today, only seven countries still lack these types of properties. As reported by Hotel Management earlier this week, Accor and Marriott International have the largest inventory presence in Africa.

Dakar, Senegal, has seen a notable RevPAR increase since 2017. New supply in Senegal has been more focused away from Dakar, and more toward Saly and the Blaise Diagne International Airport. Earlier this year, Spanish hotel company Riu purchased a 25-hectare site on Senegal’s west coast to build at least two new hotels. STR predicted supply would ramp up in Dakar ahead of the Summer Youth Olympics in 2022.

While performance metrics for Morocco vary from city to city, Casablanca continues to pull down overall figures for the country. STR reported that occupancy in the city’s hotels dropped 7.6 percent to 58.8 percent in Q2 while ADR declined 6.4 percent to MAD989.65 and RevPAR fell 13.5 percent to MAD582.15.

Addis Ababa, Ethiopia, has seen significant demand growth thanks to more corporate business and expanded air routes. In June, the city had Africa’s highest ADR at $163.79. At the time, Emanuel noted the city’s strong demand drivers, such as a growing economy, good airlift and its status as the diplomatic capital for Africa. “With healthy performance comes interest in investment. The market’s pipeline is strong with 22 hotels and 4,820 rooms in active development. We will continue to monitor these new openings to see how the market reacts once these additional rooms open,” he said.