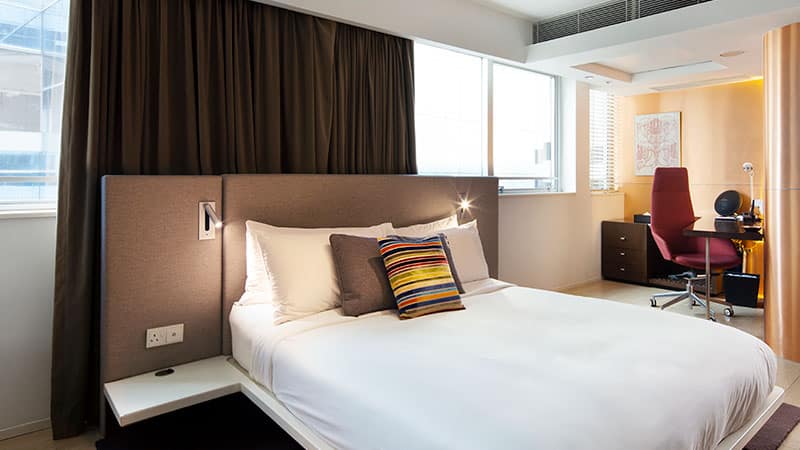 Hong Kong-based Ovolo Group Founder/CEO Girish Jhunjhnuwala has called on the Hong Kong government to help the local hospitality industry, given the current economic downturn in the region due to ongoing protests.

While the situation in Hong Kong has been felt across all sectors of the city, Jhunjhnuwala argues the tourism industry is being hit the hardest.

Calling tourism “a vital pillar of the Hong Kong economy,” Jhunjhnuwala said the effect of the protests, and the subsequent downtown in visitor numbers, has been “devastating” for the city’s hotels.

As reported by the South China Morning Post, tourist arrivals year over year fell 5 percent in July and 40 percent in August, the largest decline since the SARS outbreak in 2003. Group arrivals from the mainland also dropped 90 percent in the first 10 days of September.

“When our businesses weather tough times, those whom are hit the hardest are not the top-level executives but our team members —the employees working at the forefront of our organizations,” said Jhunjhnuwala.

“With this in mind, it is imperative the Hong Kong Government and Hong Kong Monetary Authority both step in to lend a helping hand to local businesses [that] are struggling during these times—not only to ensure we reduce negative economic impact and avoid loss of wages or jobs, but to ultimately protect Hong Kong’s status as a thriving tourism hub for years to come,” he said.

Ovolo Group is one of Hong Kong’s largest independent owner/operator hospitality companies, with four hotels and five F&B venues across the city. Beyond Hong Kong, the company runs six hotels in Australia.

What I learned about training at Churchill Downs