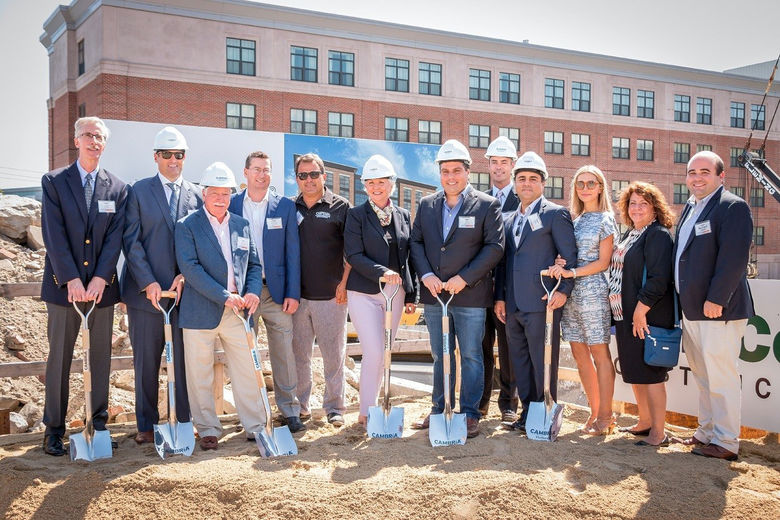 Choice Hotels International, Inc. (NYSE: CHH) and Koucar Management celebrate the official start of construction on the state’s first Cambria hotel in Portland, Maine. Slated to open in 2021, the new-construction, six-story, 102-room hotel broke ground yesterday during a strong year for the upscale Cambria brand in which six hotels have already opened their doors, with up to seven more hotels representing over 1,100 rooms expected to open in top-tier markets across the country before the year’s end.

The Cambria Hotel Portland will be located at 25 Hancock Street, on the highly sought-after “Peninsula” of Portland, where it will join the historic seacoast city’s vibrant business community. The hotel’s upscale accommodations will be adjacent to the headquarters of publicly traded corporations such as Covetrus and WEX Inc., and provide convenient access to major area employers, such as Maine Medical Center and Mercy Hospital. Downtown Portland’s various leisure attractions, such as The Portland Museum of Art and the Old Port, as well as fine dining, breweries, live entertainment, and shopping will all be within walking distance of the hotel.

The hotel will feature upscale amenities that appeal to the needs of modern travelers, including:

The Cambria Hotel in Portland is one of four Cambria hotels under development by Koucar Management, one of the largest private real estate developers in the Midwest.

There are currently more than 40 Cambria hotels open across the U.S. in popular cities, including Chicago; Dallas; Los Angeles; Nashville, Tenn.; New York; New Orleans; Phoenix; and Washington, D.C. The brand is on pace to break its openings record for the second straight year and is fast-approaching 50 open Cambria hotels.