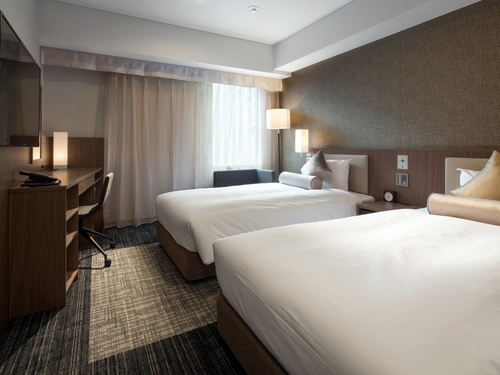 According to Reuters, if the deal goes through it could help Unizo fend off a takeover bid from Japanese package tour operator H.I.S. Co., which already owns a 4.79 percent stake in the hotel chain.

The SoftBank subsidiary, Fortress Investment Group, reportedly plans to launch a tender offer next week for all of Unizo’s shares at 4,000 yen ($37.68) per share, surpassing H.I.S.’ 3,100-yen-per-share offer. According to Reuters, Fortress is seeking a minimum 66.67 percent stake and will drop the bid if it cannot secure that.

A spokesman for H.I.S. told Reuters the tour operator’s team is examining Fortress’ bid and would make an announcement if it takes any new measures.

At the same time, U.S. hedge fund Elliott Management Corp. has been gradually raising its stake in Unizo and now holds a 9.9 percent share in the company, according to regulatory filings.

Reuters noted hostile bids are “rare” in Japan and M&A deals tend to be pre-agreed deals that only need to be rubber-stamped.

Unizo currently has 25 hotels with 5,756 rooms open, with six hotels (1,957 rooms) in various stages of development.