Something bad happens. There’s nothing you can do about it. It happened—and now you have a choice. You can let it bother you. Let it fester inside of you. Let it impact your mood. Let it ruin your day or your week. Make you irritable and not pleasant to be around. Or… you can get over it and move on!

Just a few weeks ago the St. Louis Blues hockey team, which I’m a huge fan of, won the Stanley Cup championship against the Boston Bruins. They went all the way to Game Seven. For those that don’t know, all the Stanley Cup games leading up to and including the finals are played as a best of seven series. The first team to win four games in their series advances to the next round and eventually, if they are good enough, wins the championship. 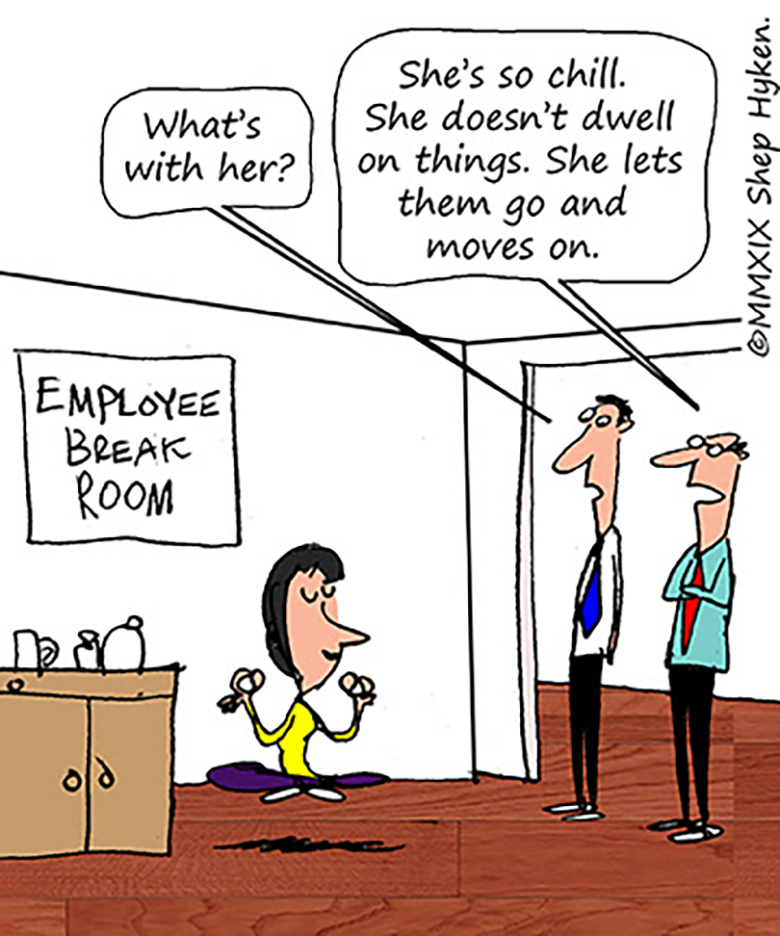 I bring this up because there was a moment in the semi-final round when something bad happened. The St. Louis Blues were hosting the San Jose Sharks for the third game in the best of seven series, and the game went into overtime. The first team to score in overtime wins the game. That’s known as “sudden death overtime.” The game came to its end when one of the players on the San Jose Sharks made an illegal hand pass that helped the Sharks score the winning overtime goal. Four referees missed the call that led to the overtime goal. Afterward, the NHL Senior Vice President, Colin Campbell, admitted that it was a bad call—actually, a non-call. The referees were relieved of their responsibilities for the rest of the playoffs.

When a reporter asked Blues Coach Craig Berube what he had to say about it, Berube replied, “I have nothing to say about it.” He added, “the team’s gotta move on.”

That was the same message Coach Berube preached to his players as well. “Move on!” In other words, it’s over and there is nothing to do about it. So, you get the choice of dwelling on it and potentially impacting the next game or putting it in the past. Coach Berube hoped the team would move on, and that is exactly what they did at the next game—they played their best without ever mentioning the loss that came from the illegal hand pass in the previous game.

When “bad stuff” happens, we must get over it and move on. Several weeks ago, I shared the idea that in customer service you sometimes have to take a metaphorical punch. It’s sometimes tough to move on when a customer is being difficult, if not downright rude. But it shouldn’t impact the next customer’s experience. The concept of “moving on” goes beyond customer service. Whether you have to deal with a difficult customer or another negative situation, you must realize that when it’s over, it’s over. Time to move on.