The iconic Burgh Island Hotel is pleased to announce that it will be opening The Nettlefold Restaurant, named after the Hotel’s founder, theatre producer Archie Nettlefold. The hotly-anticipated seafood restaurant will use locally sourced produce and is now available to non-residents and guests from 14 May 2019. The opening of the restaurant is the latest initiative in the Island’s multi-million-pound refurbishment.

The Nettlefold will serve high-quality, locally sourced seafood, infused with a range of British, French and Asian inspired flavours, to the Hotel’s guests and visitors. The menu will reflect seasonal changes and will be varied to ensure that guests staying more than one night will have the opportunity to sample contrasting culinary themes, flavours and produce.  A celebration of Devon’s coast, The Nettlefold will serve food sourced within 30 miles of the Island, including  lobsters and scallops caught in Beesands some 10 miles away, kept fresh in the Island’s Mermaid Pool, as well seabass and sole caught from the day boats in Brixham 28 miles away. Serving as an alternative to The Ballroom, the Hotel’s main restaurant, The Nettlefold will be led by Executive Head Chef Tim Hall, who has been at the Hotel for more than 15 years. Tim started his career at a Michelin star restaurant in Brittany, and he brings that level of culinary skill and expertise to his role at the Burgh Island Hotel.

The restaurant is a fitting homage to theatre producer Archie Nettlefold, who built the Burgh Island Hotel in 1929 as a retreat for his friends and London’s social elite. Nettlefold’s ‘Great White Palace’ was designed in accordance with modernist architectural principles and art-deco features, reflecting his theatrical taste. Burgh Island Hotel was widely considered ‘the best hotel west of the Ritz’and is considered one of the UK’s most iconic properties and one of the world’s most sought-after destinations. 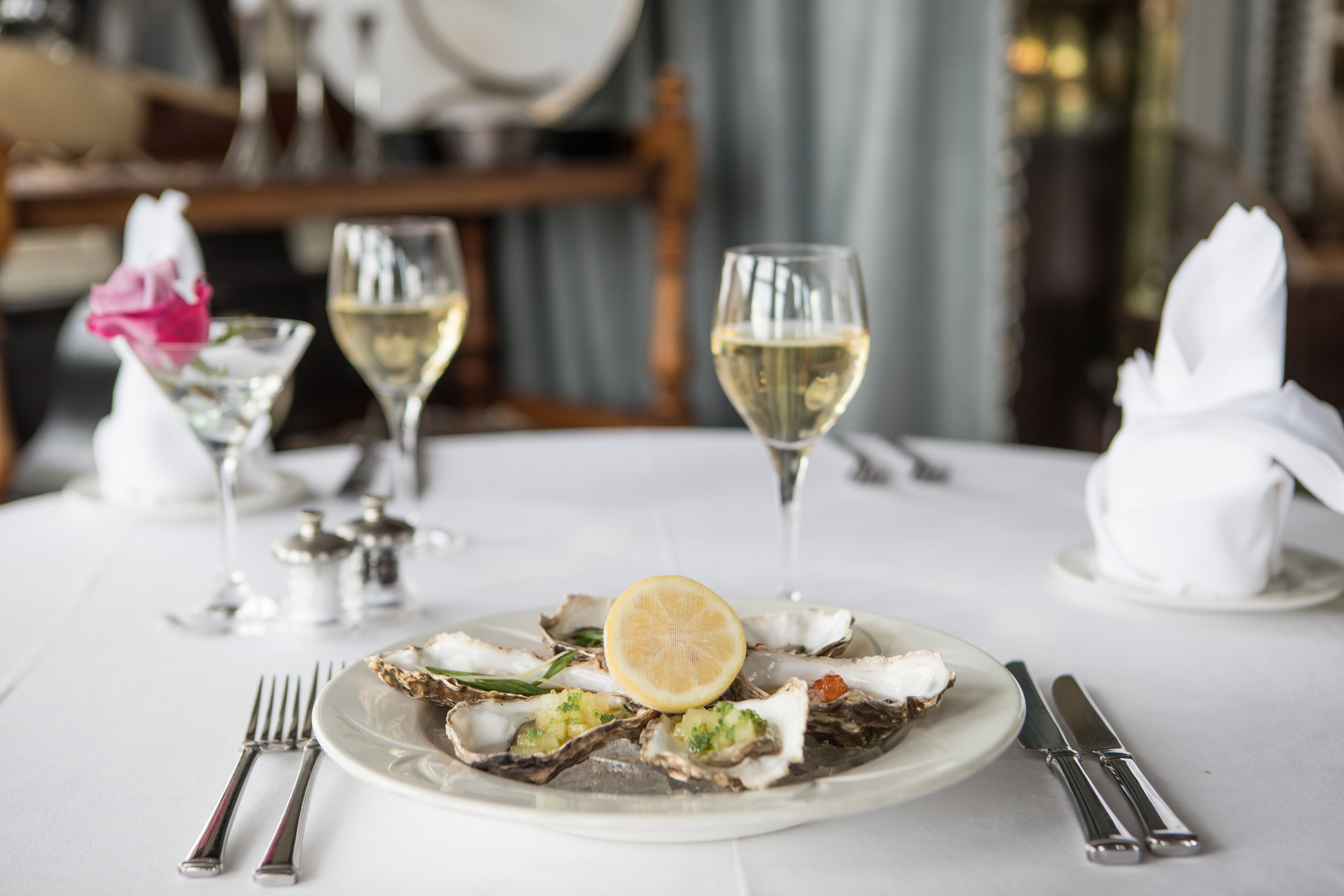 The first phase of the hotel’s multi-million-pound refurbishment has just been completed. Staying faithful to the Hotel’s art deco heritage while delivering new standards of modern contemporary luxury, the renovations have included upgrading of all the public areas, as well as the gardens. Addition of further bedrooms and a Spa is planned for 2020. The highly skilled team of craftsmen and tradesmen working on the project are all local from the surrounding areas of South Devon, providing a major boost for the local economy.

“The Nettlefold restaurant will make a great addition to the hotel’s dining option for guests and it’s been an exciting experience designing the new menus focused on locally sourced seafood of extraordinary quality and bursting with flavour. It will be an authentic seafood restaurant offering a more relaxed atmosphere compared to the fine dining at The Ballroom and I’m confident the excellent food will match the beauty of the view.”

“I’m really pleased to be opening the new Nettlefold Restaurant, as it represents a further link to the Hotel and the Island’s history and heritage. It was thanks to Archie Nettlefold’s foresight and vision that the Burgh Island Hotel was built and it’s great to have his role remembered and reflected in the service and hospitality that we offer to our guests today.”