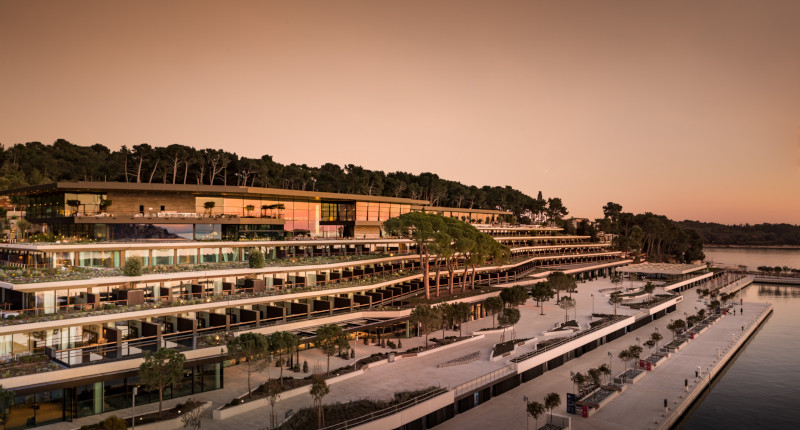 Less than a year ago, Ernst & Young reported that investment in Croatia’s hotel industry was predicted to reach €1.2 billion by 2022. The country was set to add 6,000 new hotel rooms to its inventory by that year, with an additional 3,700 being renovated.

That was then. Last month, local website Total Croatia News reported that the country’s hotel sector has “stagnated” over the past 12 months in terms of new room openings and global brand entry.

Siniša Topalović from the Zagreb office of Horwath HTL blamed “high seasonality and an unfavorable environment for investors” for the lag in openings, citing the acquisition of building permits as a significant hurdle for investors to overcome.

As of March, investment in hotels in Croatia was down by as much as 90 percent, from €59 million to €7 million, according to Real Capital Analytics (which only calculates investments of more than $5 million dollars). Horwath blamed the reemergence of other Mediterranean countries like Turkey and Tunisia as tourism (and development) hotspots as a potential factor for the downturn.

While investment may be down, visitor numbers appear to be strong: Over Easter weekend alone, the Croatian Tourist Board reported a total of 179,513 visitors to the country, with 80 percent more arrivals and 90 percent more overnight stays than the same weekend in 2018.

And in spite of the downturn, global brands are still seeking deals for development in the country. Most recently, Hilton signed an agreement to take over the in-development Costabella Luxury Resort & Spa in the city of Rijeka. The deal follows November’s opening of the megachain’s first Canopy brand in continental Europe, the Canopy by Hilton Zagreb, in November.

The Costabella is being built by Czech group JTH. When it opens next spring, the hotel will have 132 guestrooms and 66 villas. “Thanks to this investment, Rijeka will get in an extremely attractive location a modern tourist complex that will enable the creation of new jobs and will be a significant wind in the sails for further development of Rijeka tourism,” the city’s mayor Vojko Obersnel told local website Croatia Week.

The bulk of the investment went to the Grand Park Hotel Rovinj—the largest individual investment by domestic firm Adris Grupa in its tourism business subdivision, worth nearly 700 million kuna (more than $100 million). The hotel project, started in 2017, was declared a strategic project by the government of the Republic of Croatia. The building project was a collaboration between Adris and the Croatian architecture studio 3LHD.

Is hospitality winning the war for talent?