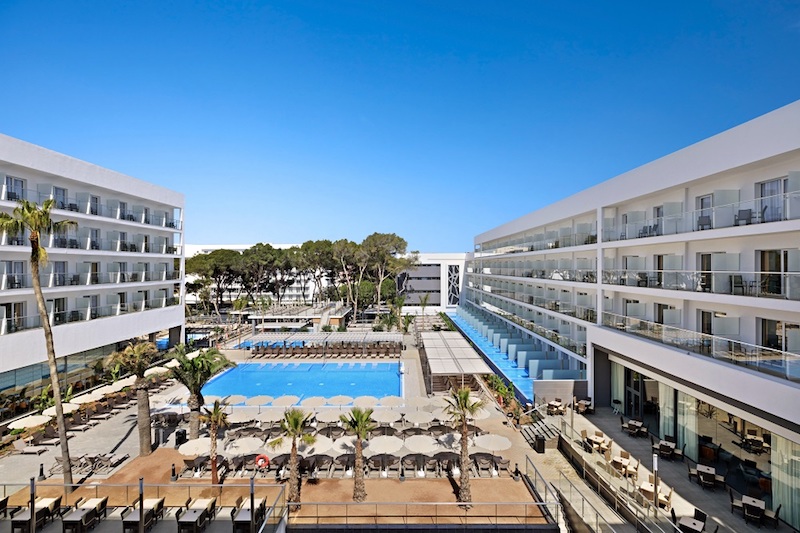 Riu Hotels & Resorts has opened the new Riu Playa Park on the island of Mallorca, off the coast of Spain. The property is a full recreation of the hotel of the same name that sat on the site since 1982.

“When we considered renovating Riu Playa Park, we decided to make a bigger investment and build a new hotel, which means we can go up a category and attract new customers with more of a family profile. The total investment comes to more than €35 million,” Luis Riu, CEO of RIU Hotels, said in a statement. “After this project, the only renovation left to do in Mallorca is the Riu Concordia, which will start at the end of this year and is scheduled for completion in spring 2020.”

The beachfront hotel has 475 guestrooms, 17 of which have private pools. Public spaces include two restaurants and a grill, a lobby bar and a swim-up bar, three pools, a gym and an entertainment space.

Riu Hotels & Resorts now has 93 hotels in 19 countries. According to the company, the hotels host more than 4 million guests per year. Riu is the third largest hotel chain in Spain in terms of revenue and the fourth largest in number of rooms.