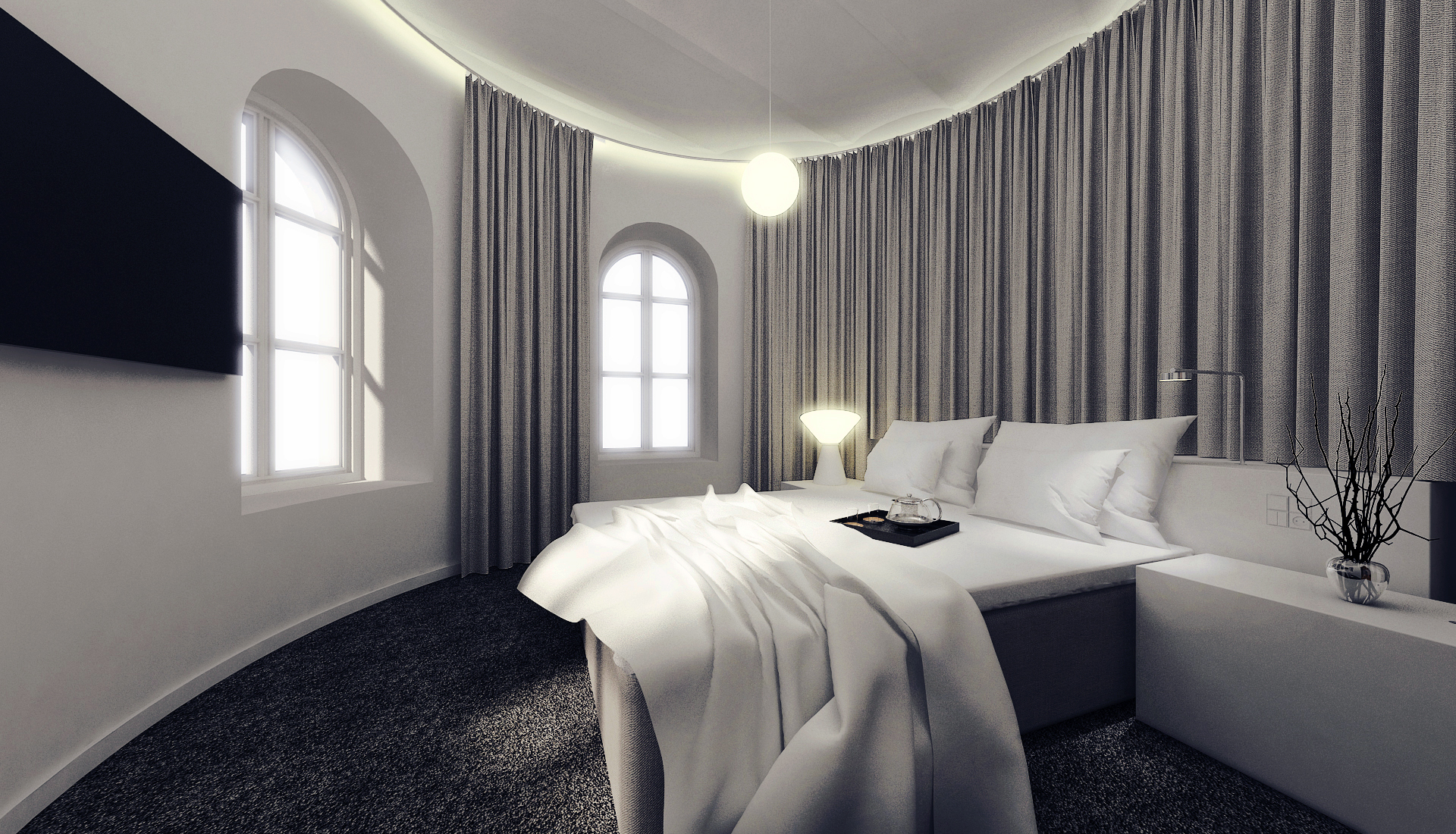 As innovation continues to develop in the hotel industry, the newest technological advance is the hotel room that cleans itself. At Copenhagen, Denmark’s just-opened Hotel Ottilia, guests can stay in a room that fully disinfects itself each morning without housekeeping lifting a finger.

Housed in the former Carlsberg brewing buildings, Hotel Ottilia partnered with ACT.Global, a Denmark-based sustainable sanitation company, to bring self-disinfecting technology into the hotel’s rooms and suites. The product in question, CleanCoat, essentially is an antibacterial spray on steroids.

According to ACT.Global, its Teflon-like coating breaks down harmful microbes “like bacteria, viruses, airborne mold spores, and chemical compounds mold spores,” plus purifies and deodorizes the air for up to a year. Its main ingredient is titanium dioxide, a naturally occurring chemical used in sunscreen and as a food additive; the spray is said to be undetectable (no scent, nothing visible) and is activated by sunlight.

“We’ve been testing this system for two years,” Karim Nielsen, chief executive officer of Brockner Hotels, the Ottilia’s parent company, told Bloomberg. The invisible coating technology was first trialed it at the nearby Hotel Herman K. Now the two hotels are the world’s first to use it to clean themselves. “What really sold us on it was that it would make life so much easier for our staff,” he continued.

Housekeepers don’t have to apply chemical detergents and cleaners or breathe their fumes. They can vacuum, dry-clean linens and wipe down surfaces, and CleanCoat does the rest. Guests also benefit: Their rooms are cleaned faster without using chemicals that can cause allergic reactions.

Nielsen estimates that each room costs $2,500 to cover with CleanCoat. “The technology is expensive,” he says, “but we’ve reduced the labor load by 50 percent. It’s giving our staff a much easier day and reducing our water consumption.”

An additional benefit, he says, is cutting down on maintenance costs. “Since we no longer use chemicals to clean, we’re never spilling [bleach] on carpets.”

Aside from sanitizing guest rooms at Hotel Ottilia, the ACT CleanCoat also eliminates the need for harsh chemicals, creating a healthier environment for both employees and guests; consequently cuts down on water usage; and helps speed up the cleaning process, meaning your room will be ready quicker than ever—all big upsides for everyone involved.

In addition to the product being tested at Hotel Herman K, ACT.Global said that it has passed several scientific assessments conducted by well-reputed laboratories around the world.

Scalability could become an issue with CleanCoat. Nielsen said the company has to fully empty a hotel room of furniture to spray it with CleanCoat—something that tends to happen only during renovations—and the formula has to be reapplied each year.