This story about hotel technology innovation has nothing to do with self-services apps or robots or kiosks or voice-activated digital assistants or any of the other devices or solutions generally associated with the topic. Instead, it has to do with hotel guest rooms that are self-cleaning. The technology is a self-disinfecting spray, and it may usher in a new era of housekeeping.

This story takes place in Copenhagen. It concerns two hotels — Hotel Herman K. and the just-opened 155-room Hotel Ottilia, both of which are part of the Brøchner Hotels group. Last year, the Brøchner Hotels group tapped a Denmark-based sustainable sanitation company, called ACT.Global, to bring its proprietary technology into its hotel rooms and suites.

Aptly dubbed CleanCoat, the technology is an antibacterial spray that leaves a Teflon-like coating on the surface of everything it touches. The spray is designed to break down microbes like bacteria, viruses, airborne mold spores, and chemical compounds that can be harmful.

Research by Denmark’s National Research Centre for the Working Environment shows that the antibacterial spray even breaks down microbes like influenza and salmonella. In the process, it is said to purify and deodorize the air in the room for up to a year, eliminating contaminants such as cigarette smoke.

The main ingredient is titanium dioxide, a naturally occurring oxide. The ingredient can be found in sunscreen and is also commonly used as food additive. The spray leaves no scent and is undetectable. The chemical is activated by sunlight, which means that cleaning a guest room is largely a function of opening the shades.

The CleanCoat technology eliminates the need for bleach and disinfectants. No longer do housekeeping staff need to work with harsh chemicals or risk breathing in harmful fumes. Instead, they can focus their time on completing other cleaning tasks, like vacuuming, dusting, and emptying the trash cans.

The technology comes at a steep price — upwards of $2,500 per room, according to sources. But the cost benefits may be recouped by the fact that it reduces cleaning staff labor by upwards of 50 percent. Other benefits include substantial reductions in energy use, water consumption and cleaning supplies, all of which have a significant cost component.

There is also a positive environmental — and PR — aspect. With many hotel brands, sustainability has become a priority investment area, largely in response to shifting consumer perception. Many hotels have long given guests the option to reduce sheet and towel washings to conserve water and energy. Many are swapping plastic straws for paper straws. CleanCoat would seem to fall into the same category of green solutions.

The drawback is that the spray needs to be reapplied each year, which is no easy task. For starters, it involves moving all of the furniture and fixtures out of the room.

Ultimately, this self-cleaning spray may play a significant role in boosting guest satisfaction, given the potential for faster room cleaning sessions and less wait time as well as the environmental benefits.

It also addresses the fact that guests desire cleanliness and want their  stays at hotel to be as healthy as possible. That helps explains why, CleanseBot, a new device that launched last month on Kickstarter has already raised more than $1 million.  The cleaning robot, no bigger than a hockey puck is designed to sanitize and disinfect the germ-infested surfaces of guest rooms and also prevent the spread of airborne viruses. 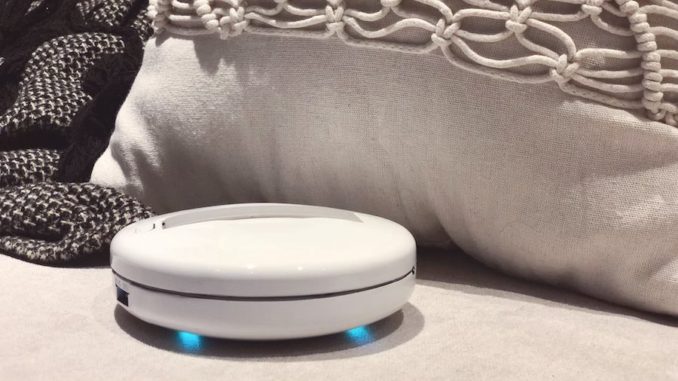 “The areas with the most germs and bacteria include light switches and television remotes in addition to the bedspread,” notes the funding pitch for the new product. “In one study out of the University of Houston, researchers tested 19 surfaces in hotel rooms for bacteria and found that main room light switches had an average of 112.7 colony-forming units of bacteria per cubic centimeter.”

To be sure, this is not what hoteliers want travelers to be thinking about as they roll their luggage into their guest rooms. Technology innovations like self-disinfecting spray and miniature cleaning robots may help them banish the thought once and for all.

Given that it involved the simultaneous…

Interstate Hotels, Hilton and Others Embrace the “Future of Protein” and Plant-Based Living

Among the hotel brands investing in plant-based…