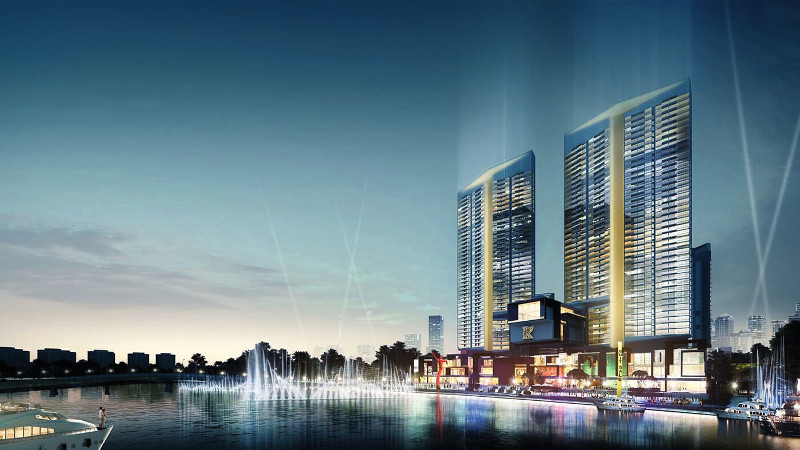 Au revoir, AccorHotels. Accor is back to its original name.

While a key change after three-and-a-half years, it’s only one of many developments coming in the wake of an eventful year for the Paris-based company. Over the course of 2018, AccorHotels agreed to sell 55 percent of its AccorInvest property business to sovereign and institutional investors for €4.4 billion. Acquisitions last year included half of SBE Entertainment, a 50-percent stake in South Africa’s Mantis Group for €830 million, 85 percent of 21c Museum Hotels, Mövenpick Hotels & Resorts (for €482 million) and 100 percent of Orbis’ shares.

Accor is now set to invest €225 million over coming years on initiatives to boost its presence in hospitality and entertainment services. These initiatives, which form a lifestyle loyalty program the company is calling “All-Accor Live Limitless,” include the signing of partnerships with entertainment group AEG and a multi-year deal to become principal partner and official jersey sponsor of the Paris Saint-Germain (PSG) soccer team for the 2019/20 season. Accor will announce the details of this strategy at the International Hotel Investment Forum (IHIF), which is due to open in Berlin on March 4. IHIF is organized by Questex, the parent company of Hotel Management.

These investments are expected to cost Accor €55 million in 2019 and €45 million in 2020. The group expects the program to break even by 2021, and that the new initiative will help it exceed its 2022 core earnings or EBITDA target of €1.2 billion that was presented last November.

Reporting the company’s Q4 and full-year 2018 earnings, Sébastien Bazin, chairman/CEO of Accor, said the company had reached record highs for EBITDA, free-cash-flow generation and organic development. “They are also perfectly in line with our medium-term objectives…we are increasing our global market share and consolidating our balance sheet. In 2019, the group will continue along this path.”

For 2018, Accor reported solid business momentum in most of its markets and continued its transformation toward an asset-light model through the disposal of 64.8 percent of AccorInvest and the redeployment of the cash proceeds from core acquisitions. Capitalizing on a record organic increase of its network with 43,905 rooms opened (300 hotels), the group ended 2018 with a hotel portfolio of 703,806 rooms (4,780 hotels) and a pipeline of 198,000 rooms (1,118 hotels), 78 percent of which are in emerging markets and 49 percent in the Asia-Pacific region.

Consolidated 2018 revenue amounted to €3.6 billion, up 8.8 percent at constant scope of consolidation and exchange rates (like-for-like) and up 16.9 percent as reported compared with 2017. The difference between the like-for-like and reported changes stems primarily from the acquisitions completed over the year (including Mantra and Mövenpick), partly offset by a negative currency effect.

Europe posted RevPAR growth of 6.5 percent, predominantly driven by France, where RevPAR grew by 6.9 percent over the year, lifted by strong gains in Paris of 12.2 percent. In the U.K., RevPAR grew by 2.9 percent due to strong demand in London, which report 4.8 percent RevPAR growth. Germany reported strong RevPAR for December (which it credited to the country’s popular Christmas markets), resulting in full-year growth of 3.2 percent. Following the political tensions of 2017, hotels in the Spanish region of Catalonia reported “good recovery,” and the country as a whole reached a record of 86 million international tourists, enabling RevPAR to grow by 3.8 percent over 2018, according to Accor.

Asia-Pacific continued to perform well, the comapany said, posting RevPAR growth of 4.3 percent over the full year. China remains solid with a 6.8 percent RevPAR growth over the year, it added.

Middle East and Africa delivered more mixed results, posting moderate RevPAR growth of 1.8 percent, as the region is impacted by oversupply in certain key cities, according to Accor.

The company noted North America, Central America and the Caribbean reported RevPAR growth of 4 percent, reflecting strong activity in Canada, where RevPAR was up by 7.1 percent over the full year. South America experienced a strong recovery throughout 2018, on the back of the steady improvement of the Brazilian activity seen since Q4 2017, according to Accor, and RevPAR in the region was up 12.3 percent over the full year.

Accor is poised to launch Greet—its 34th brand—this summer, bringing independent hotels with 50 to 70 rooms under its umbrella.