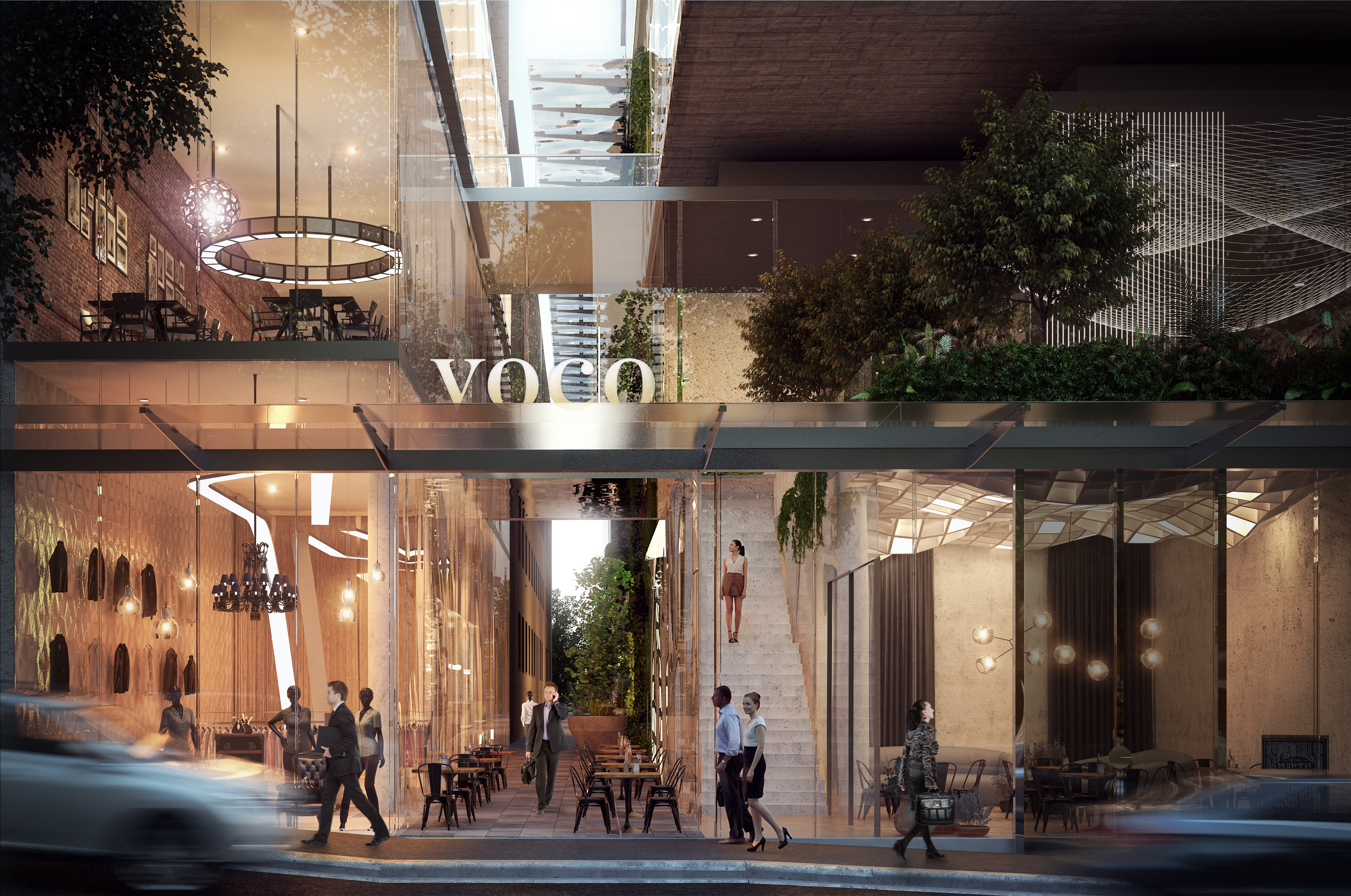 In reporting IHG’s Q4 and FY 2018 numbers, CEO Keith Barr told investors the year was one of “meaningful change” for the company—with more changes still to come.

“We delivered a strong performance in 2018,” he said on the earnings call. “Our room signings and openings were at the highest level for a decade and we are driving real momentum in each of our regions, delivering 2.5 percent RevPAR growth for the group.” Together with net system size growth of 4.8 percent, the RevPAR growth drove underlying operating profit up 6 percent and underlying earnings per share up 19 percent.

IHG reported a net system size increase of 4.8 percent and its best performance for both openings and signings in a decade. “The investments we have made have been funded through our group efficiency program, which is on track to deliver $125 million of annual savings by 2020,” Barr said. “The fundamentals of our business remain strong, and while there are macro-economic and geopolitical uncertainties in some markets, we are confident in the year ahead and that our strategy will deliver industry-leading net rooms growth over the medium term.”

During 2018, IHG rolled out its new Avid and Voco brands and added Regent Hotels & Resorts to its luxury portfolio. “Further strengthening our luxury footprint is the acquisition of Six Senses announced last week,” Barr said, before addint IHG would be launching a new brand in the fast-growing all-suites segment of the upper-midscale market later this year.

As IHG opened more hotels in markets where demand is still growing, CFO Paul Edgecliffe-Johnson said lower levels of absolute RevPAR are diluting the company’s overall RevPAR growth. “In the longer term, as these markets mature, they will support sustained RevPAR growth, and of course, the fees which we generate there are incremental to those we receive in established markets, so this will continue to be positive for our top line,” he said.

In the Americas, “where U.S. industry demand remains at record levels,” Edgecliff-Johnson said the company’s hotels are driving record occupancies of nearly 70 percent. “This meant predominately rate-driven RevPAR increases, with the Americas up 1.9 percent and the U.S. up 1.3 percent. In the fourth quarter, the U.S. was up 0.6 percent—a good performance, bearing in mind the drag from hurricane-related demand in the back half of 2017. Elsewhere in the region, Canada had another strong year, up 5 percent, driven by demand across most urban markets.” The company opened 22,000 rooms during the year, 60 percent of which were for the Holiday Inn brand family. IHG also signed 43,000 rooms into the pipeline, including 12,000 rooms for the Avid brand.

RevPAR was up 2.7 percent for the year in the Europe, Middle East, Asia and Africa region. In the U.K., RevPAR was up 1 percent, with nearly 3 percent growth in London, while the provinces were flat. “In the fourth quarter, we saw a 10-percent RevPAR growth in the capital, principally due to strong leisure demand,” said Edgecliffe-Johnson.

Continental Europe was up more than 5 percent, with strong performances in France and Belgium. “We opened 15,000 rooms in the region and signed a further 27,000 rooms into our pipeline, our fastest pace for 10 years,” said Edgecliffe-Johnson.

In Greater China, RevPAR across the region grew 7 percent, with growth moderating in the second half due to the lapping of stronger comparables. “In Mainland China, RevPAR was up 6 percent for the year, benefiting from strong transient meetings and corporate demand in Tier-1 and Tier-2 cities,” said Edgecliffe-Johnson. “Tier-3 and -4 cities saw broadly flat RevPAR due to new supply coming in from Sanya and difficult trading conditions in Changbaishan. Excluding these locations, RevPAR in these cities would have been up mid-single digit.”

The combination of strong RevPAR performance and a 14 percent increase in net rooms delivered underlying revenue growth of 15 percent. IHG opened 19,000 rooms, including nearly 14 Holiday Inn Express Hotels, in the region last year, with a further 29,000 rooms added to the pipeline. “This is our best performance on record and included 71 Franchise Plus hotel signings for Holiday Inn Express.” With three-fourths of IHG’s open hotels and nearly 90 percent of its pipeline in Tier-2 to -4 locations, Edgecliffe-Johnson predicted the company is well-positioned to capture future growth in these markets. “In 2016, we launched our tailored franchising solution for Holiday Inn Express and have since opened 29 hotels, with a further 117 in the pipeline. Whereas other players are using master franchise agreements, we are able to retain the full economic benefits of the fee stream.”

The Avid brand, announced in 2017 and launched last year, now has more than 170 properties signed. “As anticipated, our signings pace has now normalized and we expect that the 22 properties we signed during the fourth quarter will be more representative of our longer-term run rate for the brand,” Barr said. “With planning approvals obtained and/or ground broken on a further 27 hotels, we expect to have our next property opened this summer. Following launches in Mexico and Canada, we’re also bringing Avid to Europe with the signing of a multiple development agreement with an existing partner for 15 hotels in Germany.”

Since launching the Voco brand eight months ago, IHG already has three hotels open across the U.K. and Australia. “We have signed a further 13 properties to date, including some fantastic locations in Dubai, Melbourne and Bangkok,” Barr said, predicting the brand would grow to more than 200 hotels over the next decade.

As to the $300-million acquisition of Six Senses, Barr said the deal would strengthen IHG at the top end of the luxury segment. “The Six Senses management team brings a wealth of knowledge and experience of the luxury market to IHG and will remain in place as we look to grow the brand,” he said. “Six Senses will add 16 high-quality hotels to our system in locations such as the Maldives, Seychelles and Portugal’s Douro Valley with a further 18 management contracts signed into the pipeline and more than 50 deals under active discussion. We expect to accelerate Six Senses’ growth to more than 60 hotels over the long term.”

And then there’s the newest brand, as-yet unnamed and with no formal launch date announced during the call. The all-suites segment of the Americas’ upper mid-scale market has grown in scale by around 70 percent over the last four years, Barr said, “which speaks for itself in terms of the clear demand from both guests and owners.” IHG calculates an $18-billion pool of guests in this segment, he added. “Our intention will be to later on this year do a scale launch to our owning community, talking about the brand positioning, the proposition, the name, the visualized entities, the design, and then having an FDD available later on this year to then be able to sell it effectively.” Ahead of that, he predicted the new brand will fit in the upper-midscale segment with a price point below where Staybridge Suites is today. “It will be an opportunity for a new-build principally, but also a conversion play for appropriate high-quality upper-midscale assets that have the right physical design, too.”

For 2019, Edgecliffe-Johnson expects the company’s underlying interest charge will be higher, partly due to $20 million of interest on the €500 million bond IHG raised in November. “[The] 2019 interest will also include around $30 million of charges relating to the adoption of IFRS 16 and finance charges on acquisitions, two-thirds of which has a corresponding benefit to operating profit and so will not impact net income,” he said. “Our reported tax rate fell to 22 percent, in line with guidance, predominantly due to U.S. tax reform. In aggregate, this performance enabled us to increase our underlying earnings per share by 19 percent and gave the board the confidence to raise the total dividend by 10 percent.”

Northcote raises over £40k for Hospitality Action at Obsession 19