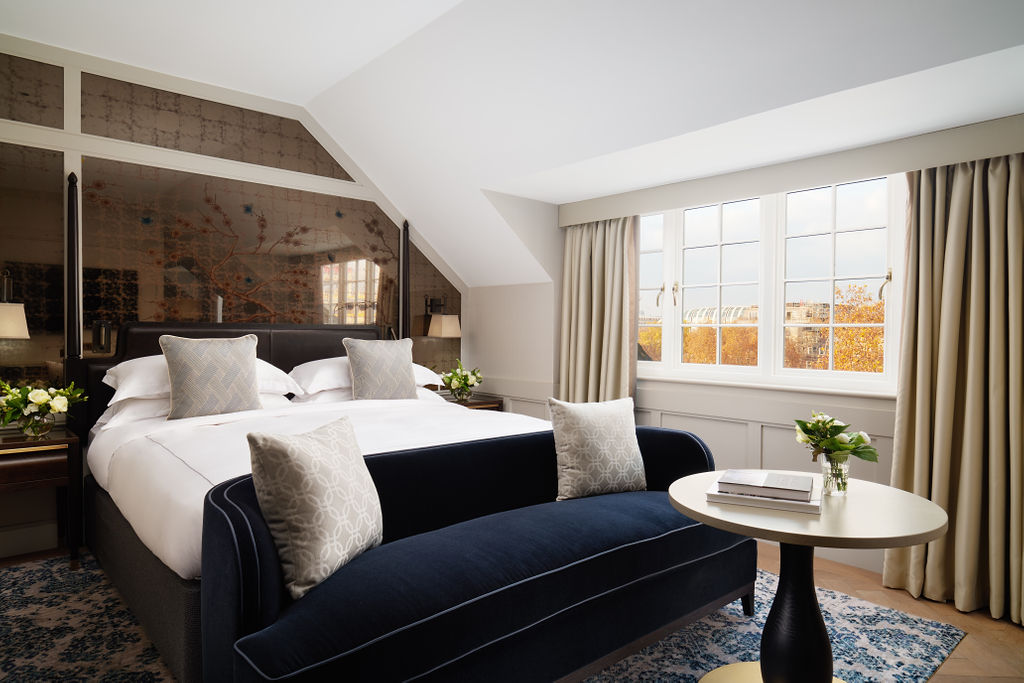 Systemwide comparable revenue per available room increased 2 percent and 3 percent, respectively, for the fourth quarter and full year on a currency-neutral basis from the same periods in 2017, primarily driven by increased average daily rate.

“We are pleased with our fourth-quarter and full-year results, exceeding the high end of our guidance for adjusted EBITDA and diluted [earnings per share], adjusted for special items, driven in part by better-than-expected net unit growth, up roughly 7 percent versus the prior year,” Christopher Nassetta, president/CEO of Hilton, said in a statement. “In particular, we continued to expand our luxury portfolio with several exciting openings and the launch of our luxury collection brand, LXR Hotels & Resorts. We expect continued strength in room growth, combined with RevPAR growth, to provide a good setup for the year ahead.”

While the pipeline may have grown year-over-year, it declined somewhat quarter-to-quarter. Analysts at financial content service Seeking Alpha noted that the pipeline stood at 371,000 rooms at Q3 2018. “While this decline may be due to the timing of certain hotel openings, we believe it is notable as Hilton’s pipeline has not declined on a sequential basis since the company went public in [2013],” the company said in a statement. “Also, we believe investors will be hyper-focused on any change in tone regarding the development environment given still-lingering macroeconomic concerns.”

Conversions from non-Hilton brands represented nearly 25 percent of the new rooms opened during the year. Hilton expanded to eight new countries and territories in 2018 and ended the year with more than 900,000 rooms open and operating.

As of Dec. 31, 2018, Hilton’s development pipeline totaled more than 2,400 hotels consisting of more than 364,000 rooms throughout 103 countries and territories, including 35 countries and territories where Hilton does not currently have any open hotels. Additionally, 195,000 rooms in the development pipeline were located outside the U.S., and 184,000 rooms, or more than half, were under construction.

Hilton launched its LXR Hotels & Resorts luxury soft brand in 2018. The first property, the Habtoor Palace Dubai, was converted from a non-Hilton brand and joined the LXR brand in August. In January 2019, Hilton announced the conversion of The Biltmore, Mayfair in London, which is expected to open in the first half of 2019. The hotel marks LXR’s European debut.

Looking ahead, Hilton expects its full-year 2019 systemwide RevPAR to increase between 1 percent and 3 percent on a comparable and currency-neutral basis compared to 2018.

A Quick Introduction to Commercial Recreation and Tourism | By Kacey Bradley