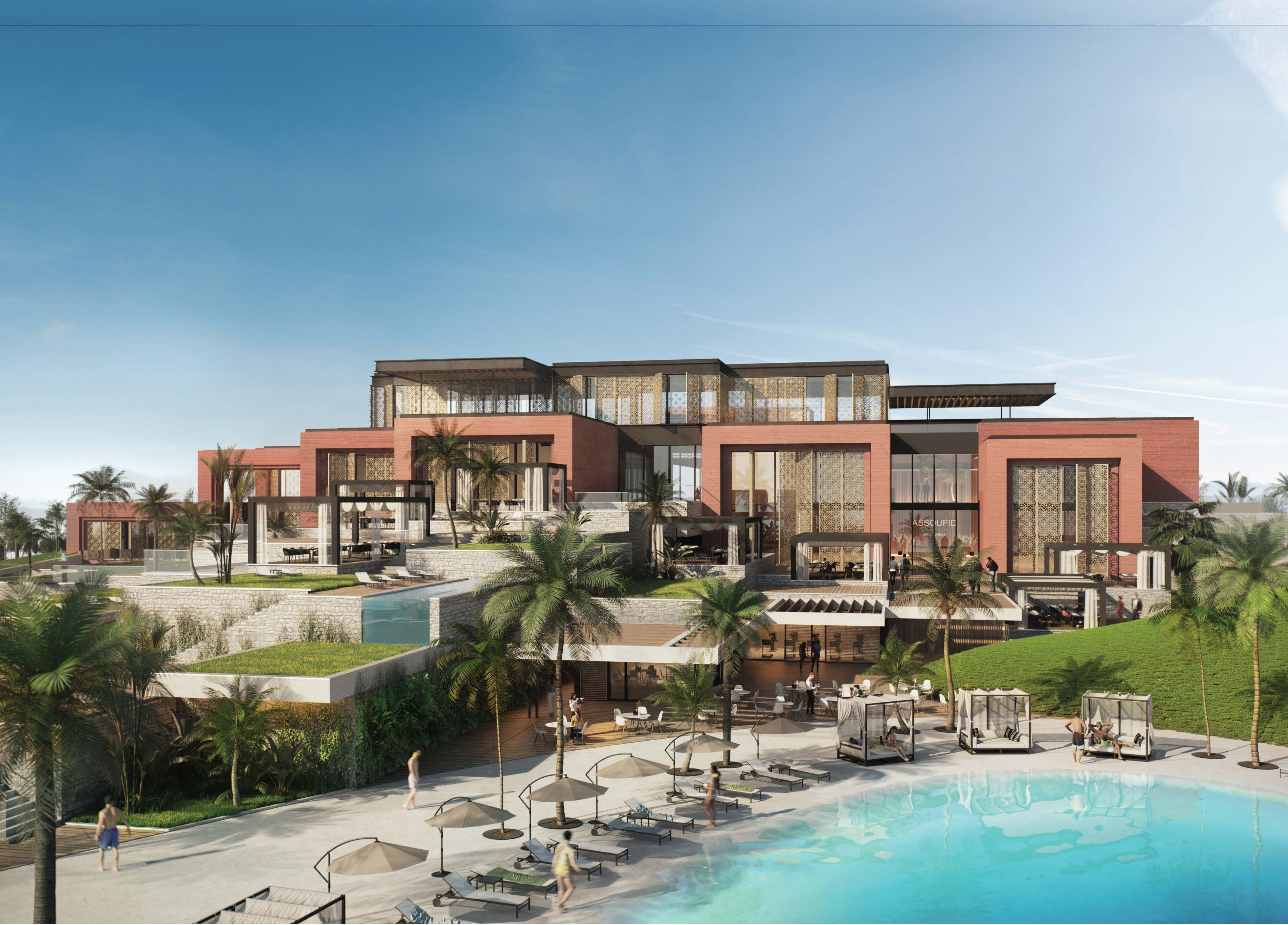 At this week’s Forum de l’Investissement Hôtelier Africain in Marrakech, Marriott International announced three new deal signings across North and West Africa, highlighting the company’s growth in Morocco and Ghana while marking its debut in Liberia.

The St. Regis Marrakech Resort will be a part of the Assoufid Golf Resort and will have 80 rooms and villas with views of the Atlas Mountains. Slated to open in 2024, the resort is owned by Assoufid Properties Development SA and developed by United Real Estate Company (URC), part of the Kuwait Projects Company (KIPCO) group of companies.

The company’s footprint in Ghana is expected to further expand with the signing of the Residence Inn by Marriott Accra Kotoka Airport, which will mark the debut of the extended-stay brand in the country. Projected to open in 2023, the 12-story hotel will have 160 suites with separate living, working and sleeping zones, all equipped with fully functional kitchens. Other facilities in the hotel will include three food and beverage outlets, including a rooftop bar, a health and leisure club and a boardroom.

The hotel will be located in the Airport Residential Area of Accra and less than 1.5 kilometers from the Kotoka International Airport. A franchised property, the hotel will be managed by Yamusah Hotels Management Company Limited, the owner and developer of the property.

The company expects to make its debut in Liberia with the Four Points by Sheraton Monrovia. Slated to open in 2020, the hotel will have 111 rooms and four food and beverage outlets, including a rooftop bar, lounge and restaurant. The hotel will be in Monrovia’s central business district and near key governmental and ministerial buildings, diplomatic facilities and the University of Liberia.

The Four Points by Sheraton Monrovia is a franchised property owned by Sea Suites Hotel LLC and will be managed by Aleph Hospitality.

Marriott International is on track to expand its footprint in Africa to 200 hotels by the end of 2023. The North and West Africa regions play a pivotal role in the company’s overall growth strategy for the continent, according to the company.

In North Africa, Marriott International currently has 30 hotels and more than 10,000 rooms in its portfolio. The company expects to grow its hotel portfolio by 60 percent by the end of 2023.

The company anticipates the opening of four new properties across North Africa in 2019, including the debut of The Ritz-Carlton Rabat, the company’s first luxury property in Morocco. Other planned openings include the launch of the St. Regis brand in Egypt with The St. Regis Cairo, the Four Points by Sheraton Setif in Algeria and the Marrakech Marriott Hotel in Morocco.

In West Africa, the company expects to grow its current footprint by 75 percent with the addition of nine new hotels and more than 1,800 rooms by the end of 2023. Currently operating 12 properties across Nigeria, Ghana, Mali and Guinea, Marriott International plans to enter Benin and Ivory Coast as a part of its development pipeline.

In 2019, the company is on-track to open the Four Points by Sheraton Ikot Ekpene, its ninth property in Nigeria, and the Protea Hotel by Marriott Accra Kotoka Airport in Ghana.