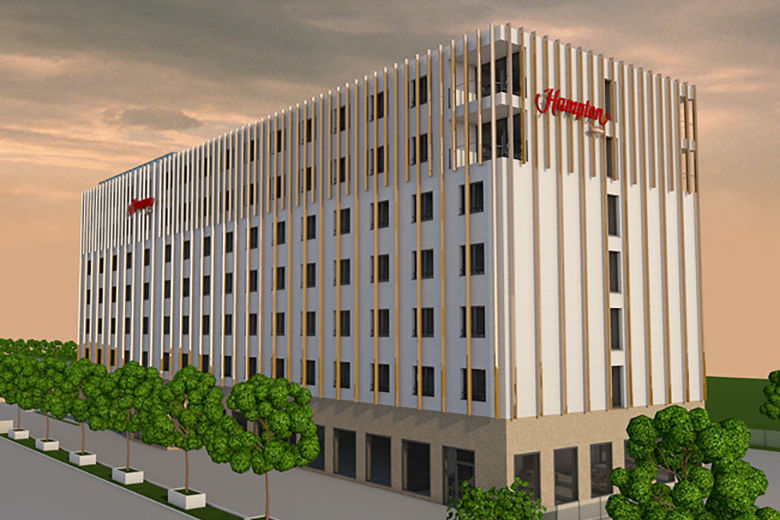 Switzerland to Welcome Its First Hampton by Hilton Hotel

Hilton (NYSE: HLT) has signed a franchise agreement with HRMP Schaffhausen AG to open Hampton by Hilton Schaffhausen. The 112-room property is slated to open in 2021 as part of a new multipurpose development in Herblingen Business Park.

The hotel will be located 30 km from Zurich Airport and just 230 m. from Herblingen railway station, where travellers can take a direct train to Zurich. Schaffhausen boasts several tourist attractions – Rhine Falls, one of Europe’s largest waterfalls, which attracts thousands of visitors per year, while Schaffhausen’s old town is widely regarded as one of the best preserved medieval towns in central Europe.

In 2017, Methabau Totalunternehmung AG, the developer of the Hotel, also developed and opened the LIPO Arena, the home ground of football team FC Schaffhausen. The stadium and adjacent 700-capacity Schaffhausen Centre events space are located within walking distance of the hotel and promise to draw visitors throughout the year.

Hampton by Hilton Schaffhausen will be located in Industriestrasse, 8207 Schaffhausen, Switzerland.