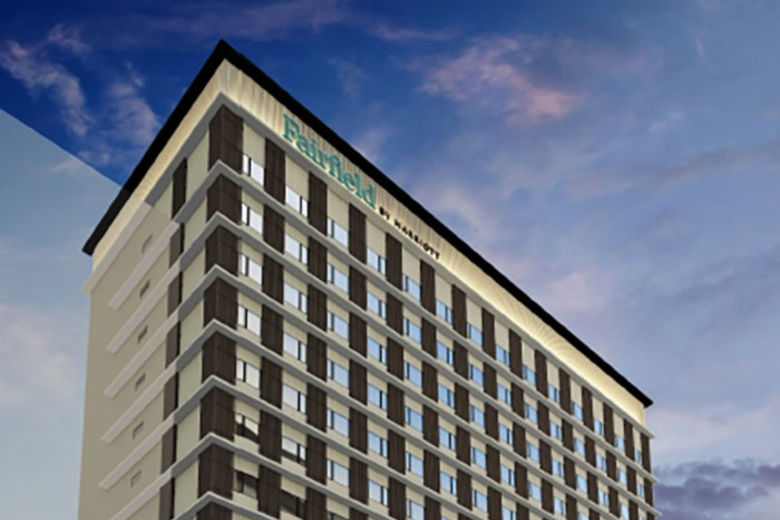 Namba Hospitality K.K., a 100% subsidiary of Tokyo-based Pacifica Capital K.K., has signed a franchise agreement with Marriott International to open the first “Fairfield by Marriott” in Japan. Construction of the 300-room “Fairfield by Marriott Osaka Namba” commenced January 2019 and the hotel is expected to open in summer 2020. At completion of construction, Namba Hospitality K.K. will lease the building from the owner and operate the hotel.

The hotel is just a five-minute walk from Namba Station, the favorite accommodation destination in Osaka for international visitors, both because of its direct rail access from Kansai International Airport and its close proximity to world-class restaurants, shopping and nightlife in the Namba, Dotonbori and Shinsaibashi districts. The area also has various cultural spots including Bunraku (doll) theater, Shochiku (kabuki) theater and Edion Arena Osaka.

Most guestrooms at the property are 21square meters with king or twin beds and some rooms have sofa beds for triple occupancy. The property also has a 100-seat restaurant mainly serving buffet breakfast, a private room for parties and meetings, a gym, and parking.

Following Pacifica Capital’s successful entry into the hotel development business with the November 2017 opening of Moxy Tokyo Kinshicho and August 2018 opening of Oakwood Hotel and Apartments Shin-Osaka, Fairfield by Marriott Osaka Namba is the first franchised hotel to be directly managed by Pacifica. During development, Pacifica will supervise design and construction, while Namba Hospitality K.K. will hire employees and manage the hotel.